Representative of the State Department Price: the situation in Ukraine can be resolved by diplomatic means 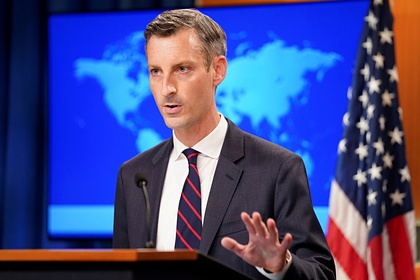 Representative of the State Department Ned Price during a briefing named a way to resolve the conflict in Ukraine. In his opinion, the situation can still be resolved by diplomatic means, writes TASS.

“We believe that there is a possibility of a diplomatic solution, primarily through the implementation of the Minsk agreements. This is our priority, “Price said, adding that the United States does not recognize restrictions on Ukraine's right to apply for NATO membership.

According to a State Department official, countries' entry into the alliance should remain an opportunity for aspiring countries. who can fulfill the corresponding obligations, which are set out openly, namely, if they can and are ready to help ensure security in the Euro-Atlantic region.

Previously, Price said that the United States welcomes Ukraine's right to determine its future in the context of membership to NATO. The spokesman noted that in this regard, Russia is of concern and its alleged attempt to “fabricate an excuse for the Russian military to do what has long been planned.”