Former intelligence agent Chervinsky: The Netherlands has long planned the export of Vladimir Tsemakh from the DPR 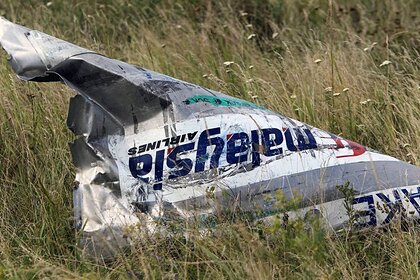 Former Ukrainian intelligence officer Roman Chervinsky spoke about the export from the Netherlands DPR of the former head of the air defense in the city of Snezhnoe Vladimir Tsemakh, who is considered a valuable witness in the case of the Boeing MH17 crash in Donbass in 2014. RIA Novosti reports.

As Chervinsky, who was one of the leaders of the operation to detain Tsemakh, said on the air of the Ukraina TV channel, the Netherlands had been planning an operation to deliver Tsemakh to the territory controlled by Kiev for many years and even turned to the authorities in Kiev for help. “They even considered the possibility of entering the territory of Snezhnoye, where he lived, entering there in two helicopters, capturing him and taking him out. They wanted to do it because he was so important, ”the ex-intelligence officer said.

At the same time, Chervinsky repeated the previously refuted theses about Russia's involvement in the MH17 disaster. For example, he said that Tsemakh had put the Buk complex into the position from which a shot was allegedly fired, a missile was launched and Boeing was shot down, and he also “collaborated with the Russian command and brought this Russian crew out of the territory abroad so that the Russian participation in this. ” a valuable witness to prosecutors and investigators in the plane crash case.

In June 2019, officers of the Security Service of Ukraine (SBU) kidnapped Tsemakh from his apartment in Snezhnoye and took him to Kiev. He came to Russia in September after an exchange of prisoners between Moscow and Kiev according to the “35 to 35” formula.

A Malaysian Airlines Boeing 777, flying from Amsterdam to Kuala Lumpur, crashed on July 17, 2014 on the territory controlled by the self-proclaimed Donetsk People's Republic (DPR). 298 people died. The investigation believes that former DPR Defense Minister Igor Girkin (Strelkov) and three of his subordinates – Sergei Dubinsky, Oleg Pulatov and Leonid Kharchenko were involved in the plane crash. They are accused of delivering a Buk air defense missile system from Russia to Ukraine, from which the liner was shot down. Russia denies any involvement in the downing of MH17.