In Anadyr, all buses were stopped and classes in schools were canceled on December 6 due to a blizzard 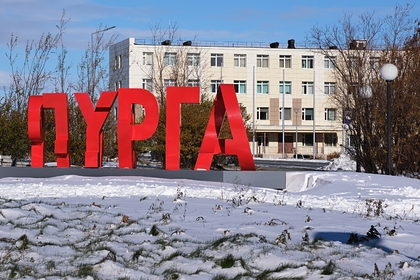 In Anadyr, Chukotka on Monday, December 6 , stopped all city buses due to strong winds, blizzards and poor visibility. This is stated in a message on the website of the mayor's office.

The city administration promised to organize the delivery of residents of the village of Tavaivaam to their place of residence on special equipment, together with the search and rescue group of the Civil Protection and Fire Service Directorate and the fire department. p>

As a representative of the Anadyr administration told RIA Novosti, classes in the city's schools have been canceled.

In addition, two local flights from Markovo did not take off due to weather conditions, the arrival is delayed. The departure of flights to the Gulf of Cross, Pevek, Markovo, Petropavlovsk-Kamchatsky is also postponed.

Earlier, the head of the Hydrometeorological Center of Russia, Roman Vilfand, warned the country's residents about the abnormally severe weather in a number of regions. According to him, abnormally cold weather will come in the Northwestern Federal District. So, in the Murmansk region and Karelia it will be minus 17-22 degrees, and in the Vologda region – up to minus 29 degrees. In the Leningrad region, the thermometer will drop to minus 14-19 degrees.