Synptic Tishkovets: the heaviest snowfall in the last 72 years is expected in Moscow on December 7 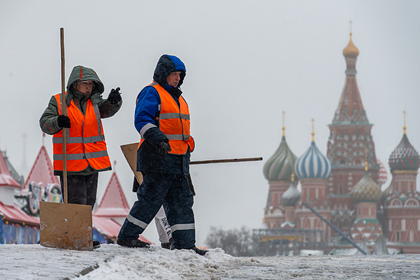 Heavy snowfall is predicted in Moscow on Tuesday, December 7 for the post-war history. The residents of the capital were warned about this by the leading employee of the Phobos weather center Yevgeny Tishkovets, he is quoted by RIA Novosti.

“There has not been such a snowfall that day since 1949. Then the rain gauges of the VDNKh base meteorological station got 12.7 millimeters, which is still a record figure in the entire post-war history, “Tishkovets said.

According to him, the amount of precipitation that will fall on December 7 may repeat 1949 record or surpass it. Tishkovets explained that the upcoming snowfall could be the strongest in the last 72 years.

“Nevertheless, the daily record for the whole of December will remain for 1981, when 23 millimeters of precipitation fell in 24 hours,” the forecaster said.

Earlier, meteorologist Nikolai Tereshonok told about the weather in Moscow for the New Year. He predicted a 17-centimeter snow cover, as well as warming to minus 5-10 degrees.