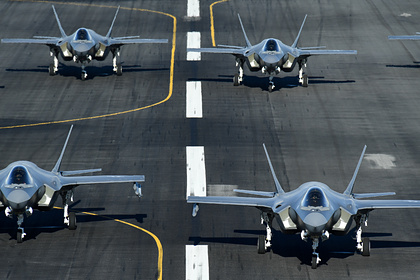 American fifth The F-35A Lightning II generation will replace the Boeing F/A-18C/D Hornet aircraft of the Finnish Air Force (Air Force). The Finnish Self-Defense Forces have selected the fifth generation aircraft in a tender under the HX program. This was reported by the Iltalehti newspaper, citing sources in the field of defense and foreign policy.

The HX Program was initiated in 2015. The tender involves the purchase of 64 new aircraft that will replace 62 F/A-18C/D Hornets of the Finnish Air Force. The Finnish side also considered Boeing F/A-18E/F Super Hornet, Eurofighter Typhoon, Dassault Rafale and Saab JAS-39E/F Gripen NG. In 2020, the aircraft were tested in Finland.

Earlier, in a publication by RIA Novosti, the vulnerability of the fifth generation F-35 Lightning II fighters was described. Air refueling could deprive aircraft of the advantages of using stealth technology.

In October, The Drive announced the preparation of a training battle between Russian-developed Indian Su-30MKI and Japanese F-35 Lightning II.