Doctors said that after COVID-19, prolonged psychoses and panic attacks may appear 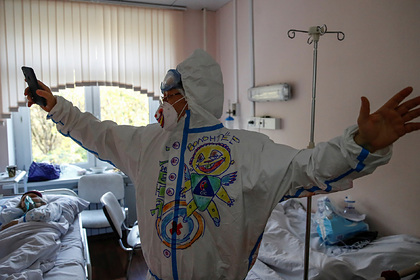 or lingering psychosis and panic attacks. The dangerous consequences of the coronavirus for the psyche were named by doctors, REN TV reports.

According to Zurab Kekelidze, Director General of the Serbian National Medical Research Center for Psychiatry and Narcology, after illness, patients develop irritability and irascibility.

“When people have had COVID-19, most of them say that everything is fine with them. And when they enter ordinary life, they show certain disorders. For example, they forget the names of some objects, or what actions they should perform, “the doctor said.

Psychiatrist Olga Bukhanovskaya noted that patients may also develop schizophrenic psychosis and bipolar affective disorders. This is due to prolonged oxygen starvation of cells, including nerve cells, she explained. The specialist emphasized that this is especially dangerous for the brain.

Head of the neurorehabilitation department of the Federal Center for Neurosurgery, Galina Ivanova, believes that the vast majority of patients need rehabilitation after coronavirus.

Previously, doctor Elena Yaroslavskaya called the consequence that occurs in half of the COVID-19 patients. According to her, a very common consequence is heart deformity, it occurs in 58.6 percent of patients three months after discharge from the hospital.