The Belarusian Foreign Ministry listed counter-sanctions against the European Union 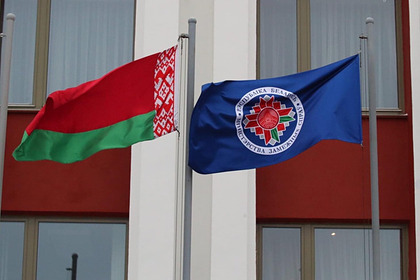 The Belarusian authorities have revealed a list of retaliatory sanctions against the European Union. The statement of the country's foreign ministry indicates that Minsk will soon introduce a ban on the import of a number of goods from Western countries, expand the list of persons undesirable for entry, and also strengthen economic integration with Russia.

Import of goods will be prohibited for states applying “illegal sanctions” aimed at “undermining sovereignty” and “deteriorating the well-being of Belarusian citizens,” the Foreign Ministry's website says. “The decree will be signed as soon as possible. Necessary measures will be taken to saturate the domestic market with similar goods from friendly countries, “the statement says.

In addition, Minsk intends to introduce counter-sanctions against airlines from the EU and Great Britain. According to the ministry, the restrictive measures against Belavia are based on “unfair competition”. The country's authorities also promised to strengthen trade and economic relations with the member countries of the Eurasian Economic Union – including Armenia, Kyrgyzstan and Kazakhstan, as well as with the states of the “far arc” (countries of Asia, Africa and Latin America).

The European Union approved a new package of sanctions against Belarus on December 2. In total, the restrictions will affect 183 individuals and 26 organizations. The list includes the Belavia airline, the Syrian air carrier Cham Wings, a judge of the Supreme Court, the Planeta and Minsk hotels, and the heads of border detachments. In addition to the EU countries, the United States and Great Britain introduced new sanctions against the republic. Western countries accuse Minsk of organizing the migration crisis on the Belarusian-Polish border.