On the territory of Moscow polyclinic # 8, an ambulance hit a pensioner 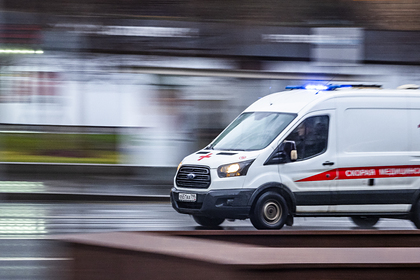 In Moscow, on Bolshaya Ochakovskaya street, an ambulance driver hit a pensioner. REN TV writes about the incident.

The accident happened on the territory of the city polyclinic №8. The car ran over the woman, as a result she received multiple fractures. The Russian woman was hospitalized.

The reasons and circumstances of the incident are being established.

Earlier it was reported that in the Sverdlovsk region an ambulance car hit a man at the crossing and immediately took him to the hospital. The driver admitted that he did not notice the red traffic light. The 61-year-old victim was diagnosed with open craniocerebral trauma, concussion and head injury.