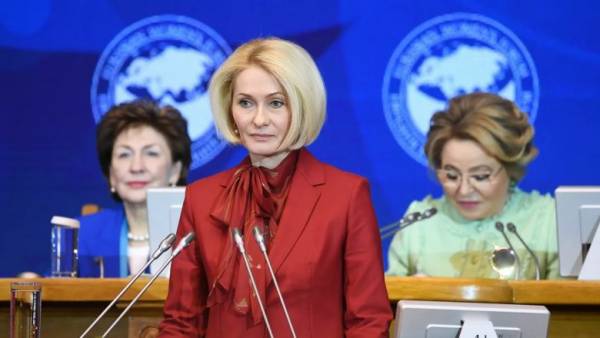 This is stated in & nbsp; minutes on the results of the meeting on & nbsp; preparation of a strategic session on & nbsp; federal district. & Nbsp; RBC has a copy of the document, its authenticity was confirmed by the representative of the Deputy Prime Minister Marta Galicheva.

Abramchenko instructed the head of the Ministry of Economic Development Maxim Reshetnikov, when preparing this strategic session, to proceed from the advanced development of Siberia by launching industry clusters.

Another task & nbsp; & mdash; development of a network of roads and & nbsp; railways, including the clearing of bottlenecks; trunk infrastructure, the creation of a multimodal transport and logistics hub for & nbsp; to increase the cargo and & nbsp; passenger traffic of Siberian regions with & nbsp; other Russian regions and & nbsp; foreign countries, the & nbsp; document says.

Reshetnikov was supposed to submit a draft strategy for the development of Siberia until 2035 with a list of priority infrastructure and industrial projects by December 3.

RBC sent a request to the & nbsp; press service of the Ministry of Economic Development.

In August, Defense Minister Sergei Shoigu proposed to build in & nbsp; Siberia three to five scientific and industrial centers with & nbsp; population from & nbsp; 300 thousand to & nbsp; 1 & nbsp; million people with & nbsp; taking into account the possibility of regional development and & nbsp; transport routes. “ This is not & nbsp; just about & nbsp; construction of new settlements in & nbsp; taiga, but & nbsp; it is about & nbsp; development of Siberian macroregions and & nbsp; whole country & raquo;, & nbsp; & mdash; he explained & nbsp; RBC in & nbsp; in early September.

He also advocated & nbsp; the creation of industry clusters in & nbsp; Siberia. For example, according to & nbsp; he said, between Bratsk and & nbsp; Krasnoyarsk, an industrial center Copper and & nbsp; Electrical Engineering could be created. and & nbsp; a cluster fully focused on & nbsp; production of high value-added products for & nbsp; aluminum processing, & nbsp; & mdash; “ Aluminum Valley ''.