GPK Belarus: a queue of almost five thousand trucks has formed on the border with the EU 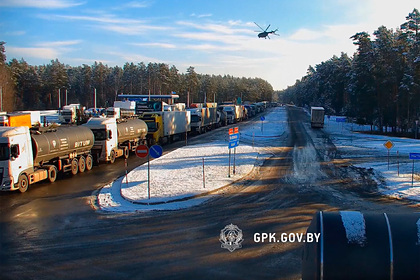 EU countries increased by more than 20 percent. The State Border Committee (CPC) of the republic reports this on its Telegram channel.

According to the agency, on Monday almost five thousand trucks have accumulated at the Belarusian border checkpoints. The State Border Committee accused the European control services of not fulfilling the “agreement on the passage of transport.” There are about 1,470 trucks in the queue to enter Poland.

The department noted that trucks went to Latvia without delay, but their congestion in this direction was formed due to the redistribution of traffic flows from other routes. As a result, about 1,110 trucks await their turn at two Belarusian-Latvian border crossings.

On November 29, it was reported that the border of Belarus with Lithuania and Poland had a traffic jam of more than 4,000 trucks. Due to the resulting congestion, foreign companies supplying goods to Russia began to suffer.