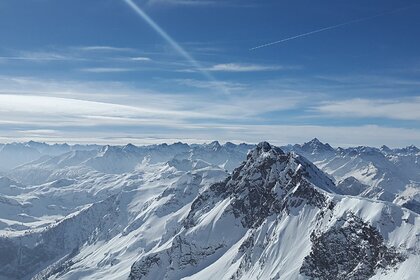 According to the publication, a tourist, whose name was not disclosed, found a metal box on Mont Blanc, which was filled with emeralds, rubies and sapphires. It is known that the box was on board an Air India plane, which crashed while flying from Mumbai to New York in 1966.

The man took the find to the police, whose employees were supposed to try to find the owners of the jewelry. The work of law enforcement agencies was unsuccessful, and therefore, according to the law, the authorities of the Chamonix commune divided the jewels in half with the climber. It is noted that eight years after the discovery, he received 150 thousand euros (12.4 million rubles).

In December 2019, a million rubles accidentally fell from the roof of a car in the Orenburg region. Later, a 72-year-old pensioner found the money. He noticed a bag on the road and called the police. “It turned out that in one of the organizations the collector put the money in a special bag, put it on the roof of the company car and, forgetting about it, left,” the police explained.