Ministry of Internal Affairs of Belarus: attackers who threw a “Molotov cocktail” into the police building were detained 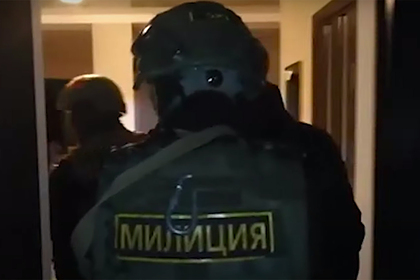 “Everyone had a mess in their heads “30 years ago, the Soviet leadership tried to save the country. What prevented the Union from being saved? 00:01 – August 9

“Lukashenka did not expect such a reaction from society” How has Belarus changed over the year of protests and repressions < p> “Metropolitan operatives detained a group of people on suspicion of attempted committing an act of terrorism. The criminal group consisted of at least five people, including those who were repeatedly convicted. They aimed to set fire to administrative buildings, service and personal cars of police officers to destabilize the situation in the country, ”police say.

According to police, the suspects filmed acts of violence, for which they received monetary rewards. The police do not specify who paid them. All of them were subscribers to “one of the destructive Telegram channels,” the Belarusian security forces added.

The Investigative Committee of Belarus has already opened a criminal case against the detainees under Articles 298 and 14 of the Criminal Code of the Republic (“Act of Terrorism”, “Attempt for a crime “). They face up to 20 years in prison.

Earlier, Belarusian President Alexander Lukashenko named the number of opponents of the state in the country. In his opinion, there are about ten percent of such people in Belarus.