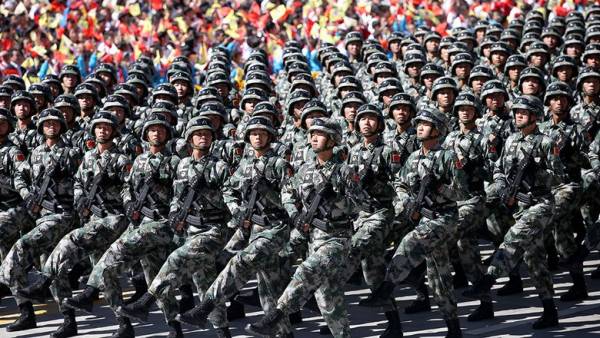 NEW YORK, 5 & nbsp; December./TASS /. American intelligence services suggest that & nbsp; China intends to build a naval base on the & nbsp; Atlantic coast of Africa, which will become China's second military facility on the & nbsp; continent. & Nbsp; This was reported on & nbsp; Sunday by The Wall Street Journal with & nbsp; citing government sources.

According to & nbsp; its information, with & nbsp; the help of this base, Chinese ships will be able to replenish stocks in Equatorial Guinea, which & nbsp; causes fears at the & nbsp; White House and & nbsp; Pentagon. “ We have made it clear to Equatorial Guinea that & nbsp; certain potential moves related to & nbsp; Chinese activity will raise concerns in the & nbsp; national security sphere, & nbsp; & mdash; quotes the publication of the words of a high-ranking official in the & nbsp; Administration of the President of the United States.

According to the assumptions of the American government, the PRC may locate a base in the & nbsp; city of Bata, where & nbsp; there is already a commercial port built by China. Currently, China has a military base in & nbsp; Djibouti.

In November, the Pentagon in its report on & nbsp; Beijing's military power suggested that & nbsp; China intends to establish military bases and & nbsp; other facilities in & nbsp; a number of states … According to the & nbsp; version of the Pentagon, “ China probably considered a number of countries, including Cambodia, Myanmar, Thailand, Singapore, Indonesia, Pakistan, Sri Lanka, the United Arab Emirates, Kenya , Seychelles, Tanzania, Angola and & nbsp; Tajikistan & raquo ;.