In Volodin's poll, the majority called the betrayal of the party elites the reason for the collapse of the USSR 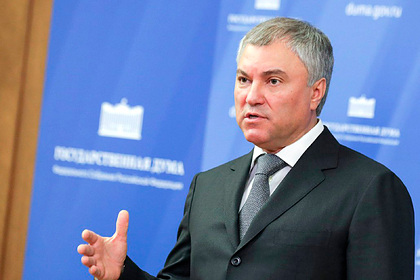 State Duma Speaker Vyacheslav Volodin collapse of the USSR and launched the corresponding poll in the messenger. This is the first poll on the channel of the Chairman of the State Duma.

In his message, Volodin called the collapse of the USSR, which took place 30 years ago, a tragedy for the entire population of the country. “Everything that was defended, built and created during the previous time, collapsed,” he noted.

At the same time, Volodin stressed that different opinions were expressed about the reasons for the collapse of the USSR until today. The speaker of the State Duma invited the audience of his channel to answer why the union had collapsed. Among the answers, Volodin suggested: weak leadership of the country, betrayal of the party elites, empty shelves in stores, lack of competition in politics – a monopoly on the power of one party (KPSS) or foreign interference.

By the time the material was published, the poll was accepted participation of over 24 thousand users. The majority (55 percent) voted for the answer “betrayal of the party elites”, 22 percent of users voted for “foreign interference”, 11 percent chose “weak leadership”, 10 percent – “no competition in power” and two percent of users chose “ empty shelves in stores. ”