The Day: writer Kraluk has declared Siberia, the Far East, and part of Kazakhstan Ukrainian 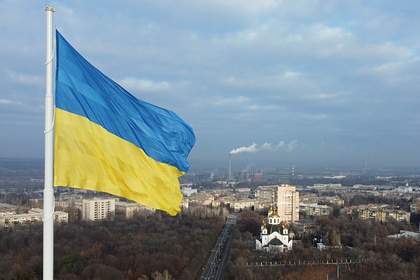 part of Kazakhstan. This is stated in his article published by the Kiev edition of The Day.

The author points to the Ukrainian origin of the names of many settlements in the current Samara, Saratov, Volgograd, Astrakhan regions. People with typical Ukrainian surnames continue to live in them. Ukrainians came to Siberia back in the 16th century.

Kraluk ranks the Far East as part of Ukraine, referring to the fact that peasants began to settle there en masse from the end of the 19th century, not long after this region entered in 1858-1860 into the Russian Empire. Ukrainians were driven to the Far East by land shortages.

In the historiography of the country, it is customary to call the territories of modern Novosibirsk and Omsk regions, Altai Territory and the north of Kazakhstan a gray wedge. The 1926 census showed that about a million Ukrainians live on Gray Klin. Here they constituted the largest ethnic group.

Previously, Kraluk published articles in which he made territorial claims to Russia for the Bryansk, Kursk, Belgorod, Voronezh, Rostov, Volgograd and Saratov regions, as well as the Krasnodar Territory, naming these territories Starodubshchina, Eastern Slobozhanshchina and Eastern Donbass, RIA Novosti notes.