In Saratov, a court sentenced thief in law Besik Kvinikhidze to 8 years for extortion from convicts 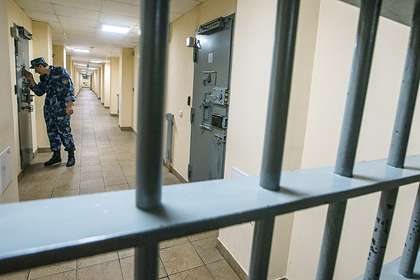 Saratov Regional Court sentenced to eight years in prison The 39-year-old thief in law Besik Kvinikhidze, known in the criminal community as Beso Rustavsky. This is reported by the edition “Version Saratov” with reference to the press service of the court.

The authority will serve time in a special regime colony. He was found guilty under Article 210.1 of the Criminal Code of the Russian Federation (“Occupation of the highest position in the criminal hierarchy”).

The court established that Beso Rustavsky, while in the special regime colony No. them in the thieves' common fund. The money was taken out of the penitentiary institution to support the representatives of the criminal underworld in the region.

From the materials of the prosecutor's office it follows that Kvinikhidze was crowned in June 2013, and from April 2019 to September 8, 2020 occupied the highest position in the criminal hierarchy, being in the colonies of the Saratov and Chelyabinsk regions. To demonstrate his criminal status, Kvinikhidze put corresponding tattoos on his body. Witnesses confirmed his guilt.

On his instructions, prisoners in the colonies violated the regime and refused to obey the lawful demands of the administration staff.