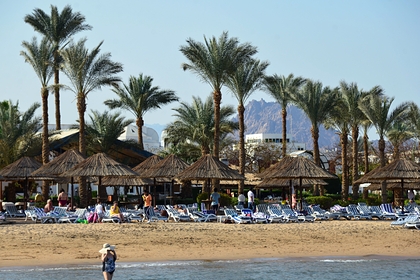 Russian tourist who visited Sharm El -Sheikhe in November, described the resort with the words “I love this vanity.” She shared her impressions of the vacation with the portal Subtleties of Tourism, her review was published on the Yandex.Zen platform.

The traveler admitted that she considers the reviews of other Russians who were disappointed in Egypt subjective and dishonest. According to the girl, all her rest was in one breath. First of all, she noted the convenience and comfort of the Sharm el-Sheikh resort for tourists, namely infrastructure, entertainment and shops.

“I love the market when sellers are trying to bargain, attract tourists to their shops, trying to write funny jokes in Russian. And restaurants and clubs here are not inferior to those in the capital! ” – shared the Russian woman.

In addition, the girl was pleasantly surprised by the choice of activities at the hotel, which were scheduled by the hour – yoga, stretching, foam party, themed lunches and dinners, bingo, lotto. “But you can always find a quiet corner for relaxation, where no one touches you: neither animators, nor other vacationers,” the tourist noted.

Separately, the traveler highlighted the beauty of the Red Sea and a visit to the sea reef – for this the Russian woman decided for scuba diving. The girl also added that she considers the last month of autumn to be the best time to visit Egypt.

Earlier in December, a Russian tourist who was on vacation in Hurghada revealed three popular schemes for deceiving tourists by local residents. So, the girl warned tourists against buying a SIM card at the airport, saying that very often travelers are sold a tariff with less Internet traffic.