Deputy Foreign Minister Grushko: The West should force Kiev to comply with the Minsk agreements 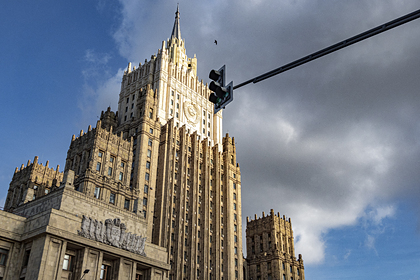 Western countries should force official Kiev to comply with the Minsk agreements. This opinion, as reported by RIA Novosti, is shared by Russian Deputy Foreign Minister Alexander Grushko, who also named those guilty of non-compliance with the peace agreements.

“We are not opposed to the United States playing any role, but this role , in our opinion, should consist, first of all, in forcing Kiev to fully comply with the Minsk agreements, to which there is no alternative, ”the Deputy Foreign Minister said. He also added that Ukraine is trying to use the very fact of non-fulfillment of the agreements signed in the capital of Belarus. This is done so that the European Union continues to adhere to the sanctions policy against Moscow.

“This is very much like the President of Ukraine Volodymyr Zelensky, and he constantly talks about it, and also to continue to keep the focus of NATO activity on the eastern flank. That's the whole unpretentious foreign policy combination. We see it perfectly, “the diplomat stated.

Meanwhile, Russian Foreign Minister Sergei Lavrov voiced a similar position. According to him, Ukraine will not implement the Minsk agreements of its own free will, other parties should force it to do so. He added that Germany and France “are still skimping on their commitments,” but Russia does not abandon its attempts to draw attention to the situation.