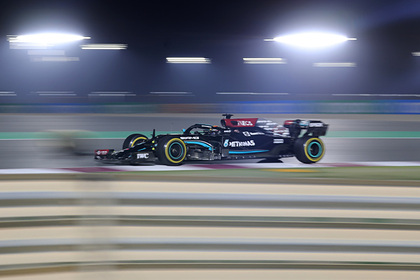 British driver Mercedes 21 of the 1st stage of the Formula 1 World Championship in Saudi Arabia. The broadcast was carried out on the Match TV website.

The Grand Prix was interrupted twice. First, on lap 10, Haas pilot Mick Schumacher ran into a fence and crashed the car. The driver was not injured and left the track on his own. Then, on lap 14, the race was stopped again, as the barrier had to be repaired. on lap 16 Russian Haas driver Nikita Mazepin collided with Williams driver George Russell's car, which also got off.

The Saudi Arabia Grand Prix was held for the first time in history. The race was organized under artificial lighting.