European Commissioner Gentiloni: Russia is not interested in difficult discussions on gas supplies 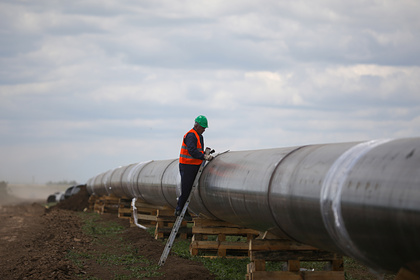 European Commissioner for Economic Affairs Paolo Gentiloni assessed the impact of gas supplies From Russia. He spoke about this at the International Dialogues conference in Rome, RIA Novosti reports.

According to him, today Moscow is not interested in an extremely difficult discussion on this issue. He noted that in addition to the Nord Stream 2 gas pipeline, there are various topics that are of interest to the Russian leadership. The representative of the European Union stressed that although geopolitics is always present, the crisis should not go beyond a certain level.

At the same time, Gentiloni said that he was worried about the development of the situation in Ukraine and the migration crisis in Belarus. “I think that gas supplies will not be used in a worse way than has been done so far, but the problem remains,” he explained. Ukraine ”Olga Belkova in a report prepared at the request of the European Parliament, called the Russian gas pipeline“ Turkish Stream ”a Trojan horse for Europe. “Energy-rich authoritarian states use their energy exports for economic gain, but also as a tool for foreign policy influence,” Belkova wrote. In her opinion, Europe should stop pumping gas through this pipeline or require all parties to comply with the basic rules of the European Union.