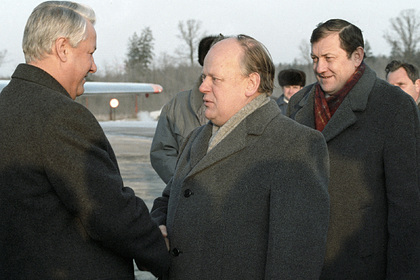 The meeting of the authors of the Belovezhskaya Agreement was to resolve the issue of gas supplies to Belarus, and not the fate of the USSR. He stated this in an interview with Gazeta.Ru.

According to Shushkevich, he invited Boris Yeltsin to hunt in Belovezhskaya Pushcha in order to persuade him to help Belarus with oil and gas. “And then we found out that there is still a boss above him, elected by the Congress of People's Deputies of the USSR – above the President of Russia, elected by all the people. And we can only ask Gorbachev, “the former chairman of the BSSR recalls.

Then the question expanded to the secession from the USSR. Shushkevich explained that the contract was signed by six people – the heads of state and the head of the executive branch. When the decision on the fate of the Union was made, officials who worked according to their program, concluding “horizontal agreements” with each other, got involved in the matter.

The Soviet Union collapsed after the conclusion of the Belovezhsky agreements in December 1991 by the leaders of the RSFSR, Ukrainian and Byelorussian SSR, which divided a single state. During these events, Soviet President Mikhail Gorbachev gave up the fight and was removed from power.