Miner “Listvyazhnoy” Novichkov: the management of the mine intimidated by dismissal 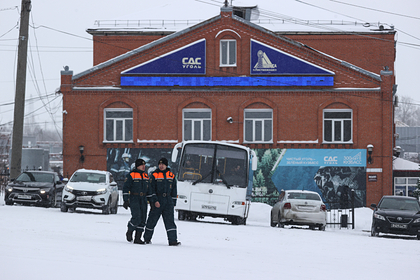 work in conditions of high methane content. The man said this in an interview with REN TV.

According to Novichkov, miners who did not agree to go down into the mine were intimidated by the loss of their jobs. The man remembered that one of his acquaintances got into this situation, who was closed the descent into the mine after refusing to go to work “in gas” – later he was fired.

“They say that we will close the descent into the mine, that you will not be work here. They were afraid that everyone knows that loans, families, that getting a job at a mine is a problem, “Novichkov added.

The miner also said that employees were afraid to contact Rostekhnadzor even anonymously, since understood that this would be followed by sanctions from the management of Listvyazhnaya. In addition, according to Novichkov, it was absolutely pointless to write to the department, since the inspectors did not enter the mines.

“They didn't even go to the mine, they signed the papers – let's go,” the Russian complained.

Novichkov also said that the Listvyazhnaya management continued to send people to the polluted mines, offering them money. Some, as the channel’s interlocutor noted, agreed and glued the methane sensors when descending, hoping for a “chance.” people – among them 60 miners and 46 mine rescuers. At the moment, two workers and 8 rescuers have been hospitalized, 14 miners and 8 rescuers are being treated on an outpatient basis.

The tragedy at the Listvyazhnaya mine took place in the morning of November 25. As a result, 51 people died, including five mine rescuers who went in search of miners. After the state of emergency, President Vladimir Putin demanded that “tough questions be made according to the law” from those who neglect the safety of workers in mines, exposing them to mortal risk.