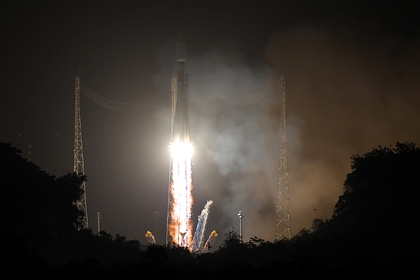 Russian launch vehicle Soyuz-ST-B with navigation satellites Galileo successfully launched from the Kourou Cosmodrome in French Guiana. This was reported in “Roskosmos”.

Nine minutes after the launch, the head unit, as part of the upper stage with two satellites, in the normal mode went on a given trajectory.

It is noted that this is 21- the first launch of Russian space rockets in 2021 and the first for this year – from the Guiana Space Center. At the end of November, it was reported that some of the Russian missile launches would be transferred to the French Kourou cosmodrome. According to the head of Roscosmos Dmitry Rogozin, four missile launches from this cosmodrome are planned in 2022.