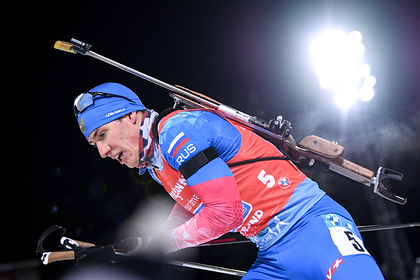 Russian biathlete Eduard Latypov took 11th place in the pursuit race at the World Cup in Ostersund, Sweden. The results are available on the website of the International Biathlon Union (IBU).

The athlete had three penalties and was one minute and 20.8 seconds behind the leader. The winner was Vetle Shostad Christiansen of Norway, who covered the distance in 30 minutes and 14.8 seconds with one penalty. Next on the podium were the Swede Sebastian Samuelsson (+9.8 seconds) and the Frenchman Emilien Jacquelin (+11).

On December 2, Latypov remained one step away from the podium at the World Cup in Ostersund. The athlete did not make a single mistake and was 26.1 seconds behind the leader. Samuelsson became the winner.

The next stage of the World Cup is to be held in Hochfilzen, Austria. The competition will run from December 10 to December 12.