Actor Merezhko said that producer Rudinstein predicted his death: “I will die soon” 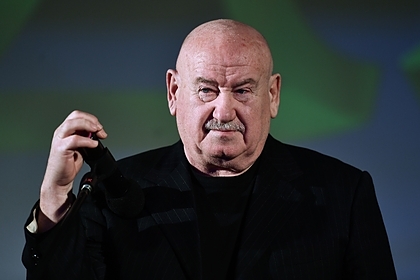 “A year ago, as a producer, I offered him one project, but he was already feeling bad, he had terrible diabetes. He was suffocating. I went to his hospital in Moscow, we took a walk, even went to some restaurant for lunch, but he could hardly breathe and walked heavily and gasped. Says, what the fuck is the production? I can hardly walk, I will die soon, “- said Viktor Merezhko.

According to the artist, he expressed his words of support to his friend and tried to convince him, but in response he heard a reminder from Rudinstein that diabetes is a terrible disease.

Merezhko added that the film producer had many enemies because of his “sharp tongue” and adherence to principles in his assessment of personalities and events. At the same time, the actor said that he respected Rudinstein very much, because he was an incredible and sincere person.

Film producer Mark Rudinstein, creator of the Kinotavr festival, died at the age of 76 on December 5 in a Moscow hospital. On November 17, he was hospitalized with a heart attack, doctors diagnosed myocardial infarction. At the end of November, the film producer fell into a coma, he was hooked up to a ventilator.