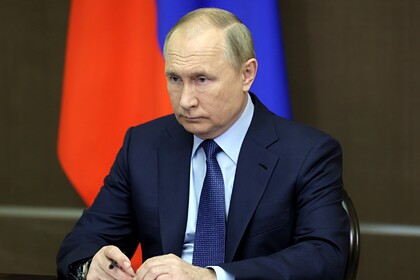 Russian President Vladimir Putin announced the name of the winner of the Volunteer of the Year nomination “- it was Pavel Berezhansky, a pediatrician. TASS writes about this.

Today, on December 5, on the International Day of Volunteers, the head of state took part in the “We Are Together” award ceremony by video link, which was established to support social initiatives aimed at helping people and improving the quality of life. It is noted that this year more than 25 thousand applications were received for her competition.

Thus, the award was presented to Pavel Berezhansky, head of the pulmonology department of the Morozov children's hospital. Earlier, the president awarded the pediatrician with the Luka Krymsky medal for his great contribution to the development of the volunteer movement in the healthcare sector.

Among other things, Putin noted the enormous burden that volunteers took on during the pandemic, and congratulated everyone involved in the action “We together “with the holiday.

” Your work is inherently noble, always needed, always in demand, and your example, of course, inspires and encourages hundreds of thousands, millions of our other citizens to take similar actions, “the head emphasized state.

Earlier in December, First Deputy Head of the Presidential Administration of Russia Sergei Kiriyenko called the Knowledge Society an example of educational volunteering. He also recalled that over the past six months, more than seven thousand lecturers have spoken at the project sites, and more than 15 thousand lectures have been held.