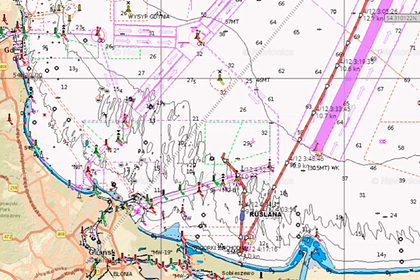 The Polish Border Guard Service detained a Russian merchant ship in the Baltic Sea. This was reported on Twitter of Polish Radio.

According to REN TV, this is a dry cargo ship Ruslana, which transported steel structures from the Lithuanian city of Klaipeda to the Polish city of Gdansk.

It is specified that on the night of December 5, the ship deviated from the route. The crew did not respond to calls from services, and the ship almost ran aground. According to the border guards, the cargo ship violated the route, moving close to the coast.

Now the ship is in the roadstead in Gdansk. A check is being carried out.

On November 4, it became known about the detention of the Russian ship Akademik Ioffe. Onboard there were 38 crew members and 23 researchers. The lawsuit, on the basis of which the ship was detained, was filed by the Canadian company One Ocean Expeditions Ltd. According to some reports, this is a debt to the charterer.