Ministry of Emergency Situations: rescuers removed the second victim from the wreckage of the Tuvaasbest plant 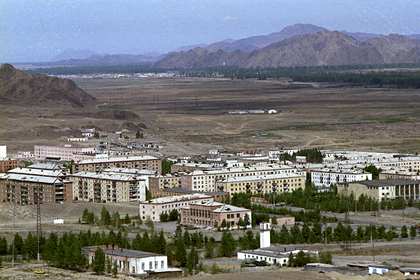 storey building on the territory of the former mining and processing plant “Tuvaasbest” in the Republic of Tuva. This is reported by Interfax with reference to the Russian Emergencies Ministry.

“At 12:17, during the dismantling of the unexploited building of the Tuvaasbest mining and processing plant in the city of Ak-Dovurak, structures collapsed, as a result of which two workers. One person was killed, one was injured, “the department said.

It took the rescuers more than nine hours to find the second worker among the rubble. “At 21:30 the victim was taken out and handed over to the doctors,” the Ministry of Emergency Situations told. also by the fact that the debris was cleared manually. “The passage of heavy equipment to the work site was hampered by the collapsed structures,” the Emergencies Ministry explained.

In the area where the victim was located, rescuers installed heat guns to maintain the temperature necessary for life. In addition, the Gorynych mobile universal heater based on Kamaz was additionally delivered from Kyzyl.

December 2 In the Primorsky Territory at the 2nd Sovetsky mine, a rock collapse occurred. At the time of the incident, 16 people were on the spot, one worker was seriously injured. The local prosecutor's office has begun an investigation.