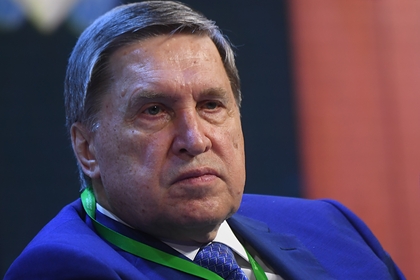 “This is a question with a beard. Verbal assurances were given to the USSR and Russia that NATO would not move eastward towards Russian territory. It turned out that verbal assurances are worthless, “the official noted.

Ushakov indicated that a” certain fixation “was made on the promises of the alliance leadership, and Moscow has a record of the corresponding conversations.

NATO recognizes the fact of the promise. However, according to the alliance, it was given before the dissolution of the Warsaw Pact, and the idea of ​​joining the countries from this bloc to NATO “was not on the agenda in 1989.”

On December 2, Russian Foreign Ministry spokesman Maria Zakharova pointed out that Ukraine’s joining NATO will become a “red line” for Moscow. The diplomat noted that drawing Kiev into the military orbit of the alliance, the de facto beginning of NATO's development of the military infrastructure of this country, the desire to turn it into a springboard for confrontation with Russia are fraught with serious negative consequences.

Later, US President Joe Biden said that refuses to respect anyone's “red lines” on the situation with Ukraine. This statement was made by the head of the American state on the eve of a conversation with Russian leader Vladimir Putin, which will take place on December 7.