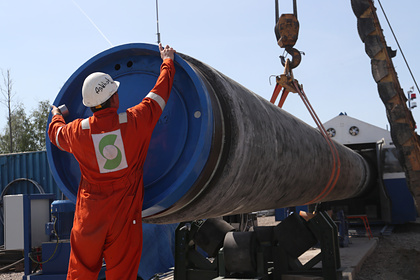 Republican Senator from Idaho James Risch has revealed the appointment gas pipeline “Nord Stream-2”. This is reported by RT.

According to him, Nord Stream 2 is intended to replace the gas transportation system of Ukraine. He noted that for this reason, Russia will no longer need to worry about the destruction of infrastructure in the event of a conflict with Ukraine. The American politician also stressed that the Democrats and Republicans in the Senate have always agreed on the gas pipeline.

In addition, Risch urged his colleagues to accept the amendment he proposed to the draft law on the US defense budget, which implies the introduction of a mandatory sanctions against the Nord Stream 2 operator, as well as companies related to the project. Washington still has time to take measures to prevent the launch of the gas pipeline, he added.

Earlier, retired SBU colonel and military expert Oleg Starikov explained that US President Joe Biden agreed not to interfere with the completion of the Nord Stream 2 gas pipeline so that Germany does not withdraw from NATO. According to him, the American leader said that the United States would “wet” Russia, but in fact provided an opportunity for LNG to stand empty, “all the gas went to China, and Russia occupied the European market.” “As a result, they gave the Germans to the German economy to develop, concluding a memorandum with them so that the Germans did not leave NATO,” Starikov said.