The head of the DPR Pushilin: our air defense is being modernized to protect against drones 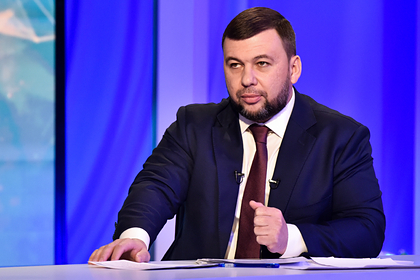 The head of the self-proclaimed Donetsk People's Republic (DPR) Denis it is Donbass that is going to defend itself against Ukrainian drones. According to RIA Novosti, the republic's air defense systems are being updated in accordance with the level of threat.

“The work is underway, our air defense is undergoing a certain modernization. Our military-industrial complex is also working in this regard. That is, we still have production facilities, including which now have no right not to develop certain elements of confronting unmanned aerial vehicles, both self-made ones and up to Bayraktar, “Pushilin said.

Earlier The head of the DPR said that Ukrainian troops are actively using Turkish drones along the entire contact line in Donbass, which is prohibited by the Minsk agreements. He noted that they are used for combat purposes, but this has not yet led to casualties and serious damage. According to Pushilin's information, the Ukrainian military used the Bayraktars purchased from Turkey for the first time in hostilities on October 26 in the Donetsk region.