Chinese Foreign Ministry: the US model of democracy is a cover for interference in the affairs of other countries 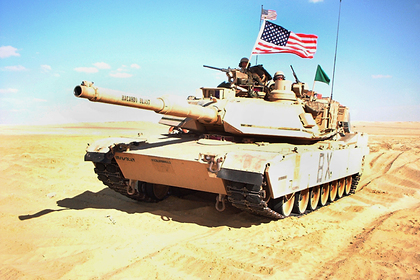 other states and interference in their internal affairs. This was stated by the Chinese Foreign Ministry in the report “The Situation with Democracy in the United States,” Interfax reports.

Related materials 00:01 – November 10 Houston, we have canceled. How the fight for justice in Western society turned into a war against freedom of speech 00:02 – October 13

“Sanctions – this is for life. ”The United States is threatening Russia with new sanctions. Who makes these decisions and how?

In Beijing, Washington was accused of the fact that the United States “is proud of being a” model of democracy “and unleashing wars under the banner of democracy.” The diplomats added that American foreign policy is also characterized by the organization of color revolutions and the overthrow of governments under the guise of democratic reforms, leading to regional unrest and humanitarian disasters.

On November 30, Russian Foreign Minister Sergei Lavrov accused the White House of neglect the main UN principle of the sovereign equality of states. According to the diplomat, the list of 110 countries, determined by the administration of US President Joe Biden to participate in the “Summit of Democracies” on December 9-10, “raises a huge number of questions.” Lavrov stressed that the United States has effectively arrogated to itself the right to determine which country is democratic and which is not. “Before teaching others how to organize their democracy, let's talk about democracy in international relations. The West does not accept it and replaces it with its own dictate, “the Foreign Minister concluded.

On November 24, the US State Department invited 110 countries and territories to the Summit for Democracy, which will be held via videoconference. At the same time, Russia, China, Turkey, Saudi Arabia and a number of other countries, including the traditional allies of the United States, are absent from the list of invitees.