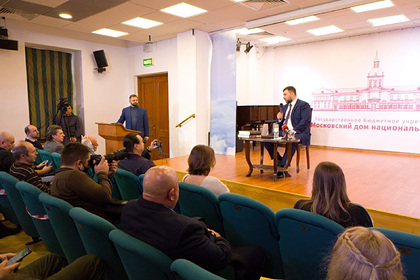 The head of the self-proclaimed Donetsk People's Republic (DPR) Denis Tom, that all residents of the region will receive Russian citizenship. He made this statement during a meeting with compatriots in Moscow, Interfax reports.

According to him, to date, the number of DPR residents who have received Russian passports has exceeded 350,000. At the same time, Pushilin replied that the issuance of official documents proving the owner's identity would not stop. New passports will be received by other citizens and all residents of the DPR will become Russians.

Earlier, Deputy Head of the Presidential Administration of Russia Dmitry Kozak said that the decision to simplify the procedure for granting Russian citizenship to residents of Donbass does not pursue the goal of including the DPR and LPR into Russia.

Kozak clarified that not only residents of Donbass apply for Russian citizenship, but also residents of the rest of Ukraine. “In the period from 2016 to 2020, nearly 978 thousand citizens of Ukraine received the citizenship of the Russian Federation,” the official said.