Doctors have removed a tooth that has grown in his nose 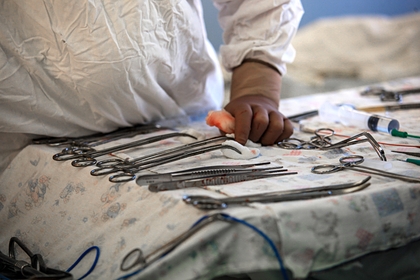 Doctors have successfully removed a tooth from a man who has grown in his nose. This was reported in the scientific journal New England Journal of Medicine.

Experts noted that a 38-year-old patient went to a New York clinic with a complaint of persistent nasal congestion. The man worried that his right nostril was constantly clogged. The otolaryngologist who examined the patient found that he had grown an extra tooth in his own nose.

The study revealed a curved septum and a “hard white mass” located in the depths of the nostril. Computed tomography confirmed that a tooth was the cause of the difficulty in breathing. According to doctors, the appearance of a tooth in an atypical place is an extremely rare disease that occurs in about 0.1 percent of the population. More often teeth grow incorrectly – for example, in an inverted state – and fall out on their own.

As a result of the operation, doctors removed a tooth from the nasal cavity about 14 millimeters long and 10 millimeters wide. “Three months after the operation, the patient's symptoms of nasal congestion disappeared,” the doctors concluded.

In the spring, Japanese scientists found a genetic mechanism that could help regenerate new molars instead of lost ones. With the help of special antibodies, they were able to stimulate tooth growth in mice suffering from congenital dental agenesis.