Department of State: The US and Russia should have open channels of communication during periods of tension 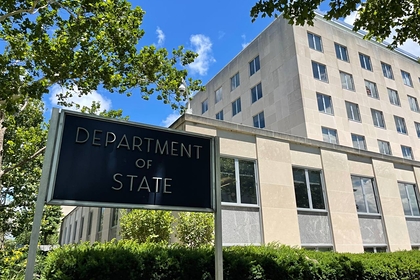 tension. This was announced by a representative of the State Department, TASS reports.

Thus, the diplomat commented on reports of agreements reached on the issuance of Russian entry visas for employees of the United States Embassy.

“As we have already said, diplomacy is the only responsible way to resolve this potential crisis that we face in our relationship with Russia. We need to have open channels of communication, especially in times of heightened tension, “the State Department spokesman emphasized.

Earlier, Russian Foreign Minister Sergei Lavrov, during a meeting with US Secretary of State Anthony Blinken, said that Moscow was ready to restore dialogue with the United States. First of all, the Russian minister noted that Russia and the United States can quickly solve the problem with the functioning of the embassies of both countries.