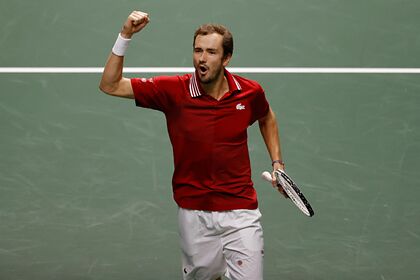 The Russian national team reached the Davis Cup final. This was reported by the Lenta.ru correspondent.

Russian Daniil Medvedev defeated German tennis player Jan-Lennard Struff in the semifinal match and brought the team to the decisive stage of the tournament. The meeting ended with a score of 6: 4, 6: 4.

In the final meeting on December 5, the Russians will play with the Croatian national team. Croatian tennis players turned out to be stronger than the Serbian team.