Pushilin: the situation on the contact line in Donbass has been one of the most serious since 2014 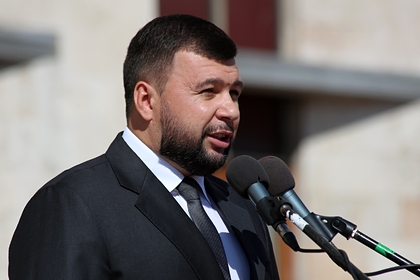 Head of the self-proclaimed Donetsk People's Republic (DPR) called the situation on the contact line in Donbass one of the most serious since 2014. He stated this on the air of the YouTube channel “Soloviev Live”.

Pushilin noted that another exacerbation is taking place in the region. He emphasized that in terms of the number of equipment, strained personnel and the hysteria that sounds in Kiev, it is one of the most serious since 2014-2015. At the same time, according to the head of the DPR, anything can be.

Earlier, Pushilin called on Ukrainian President Volodymyr Zelensky to start negotiations on the “neighborhood.” The head of the DPR noted that the leadership of the self-proclaimed republics and Zelensky, in any case, should sit down and talk. He stressed that we are no longer talking about one state. According to him, although with the election of Zelensky as president there was little hope that he would negotiate with the DPR and LPR, it was clear that the United States would not let him do this.