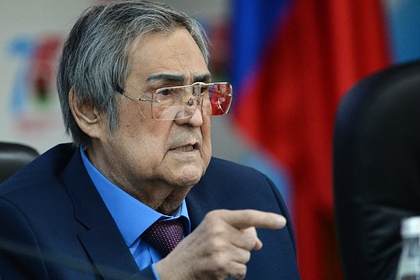 The ex-governor of the Kemerovo region Aman Tuleyev complained on his Instagram account who tried to deceive him, pretending to be a friend who asked for money on a loan.

The former head of the Russian region said that he received a message from a friend with whom they studied at the academy, the message contained a real photo that “confirmed his identity.” , and a request to send 30 thousand rubles under the pretext of a difficult situation.

Tuleyev noted that he did not even doubt the decency and reality of his comrade and decided to help, but by coincidence at that moment a common acquaintance called him, who said, that a friend has been living outside Russia for a long time and does not need financially.

“So I’m ready for you, it would seem, for anything! See how subtly everything is thought out. This is how it was necessary to study my “dossier”, the circle of my friends, even find their photos. And how psychologically accurate they have built, ”the former governor was indignant.

Tuleyev urged Russians to be careful and not fall for the bait of scammers. He added that now not only the elderly, but also young people are becoming victims, and the coronavirus pandemic with digitalization and the transfer of cases online has added fuel to the fire. The ex-head of Kuzbass concluded that the cynicism of swindlers is off the charts.

Earlier, the head of the Russian Ministry of Health, Mikhail Murashko, handed over the swindler to the Investigative Committee. Based on the facts obtained, the investigators completed the investigation of the criminal case against the former director of the Federal State Unitary Enterprise “Repair and Construction Department” of the Ministry of Health Mikhail Moskalev. He was charged with committing crimes under Part 3 and Part 4 of Article 160 of the Criminal Code of the Russian Federation (“Misappropriation of funds on an especially large scale”).