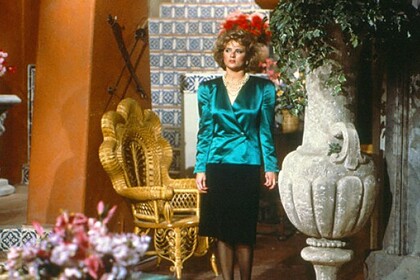 The creators of Santa Barbara Bridget and Jerome Dobson told about the filming of the series in Moscow in 1991 at the opening of the project “Santa Barbara. Living sculpture “in Moscow, RIA Novosti reports.

One of the series” Santa Barbara “was filmed in Russia during the putsch. According to the creator of the series, Jerome Dobson, their latest equipment broke down upon arrival in Moscow, which is why they had to ask for help from their Russian colleagues.

In addition, the creators of the series spoke about their ties with Russia. Bridget Dobson noted that her grandfather was the first Socialist Congresswoman. “When he died, her grandmother, who was also a socialist, went to the Soviet Union, it was during the Great Depression, and she saw a beautiful life in the Union,” added Jerome Dobson. There she met Joseph Stalin and became a communist. Dobson himself said that he was familiar with Alexander Kerensky, who worked at Stanford after emigration. According to Jerome, Kerensky advised him “never to become a politician.”

In November, streaming service Netflix announced the start of filming a new series in Russia. Netflix's second original project in Russia will be a psychological drama about the path to redemption, starring Alexander Petrov. The director of the show “Chiki” Eduard Hovhannisyan will be the director. Among the producers is Fedor Bondarchuk.