For the first time this season, Russian biathletes won a medal in the relay at the World Cup stage 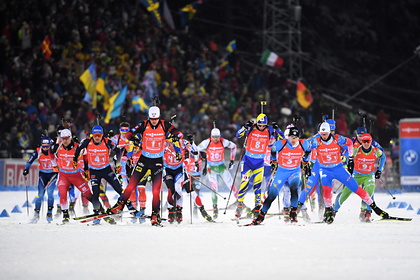 Russian biathletes took bronze in the World Cup relay at the second Swedish Östersund. This was reported by the Lenta.ru correspondent.

Karim Khalili, Daniil Serokhvostov, Alexander Loginov and Eduard Latypov won the first medal in the current season. After the third stage, the Russians were in second place, but could not hold the position.

The Russians lagged behind the winners from Norway by 45.9 seconds. The second place went to biathletes from France.

The World Cup stage in Östersund will last until December 5 and will end with the women's relay and the men's pursuit.