RIA Novosti: Russia will place air defense and electronic warfare systems on the island of the Kuril ridge of Matua 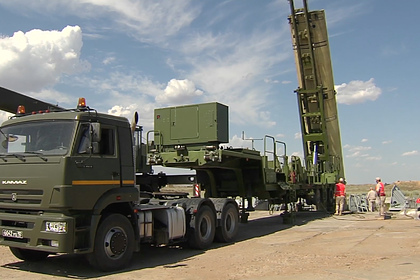 Russia plans to strengthen its military presence on the island of the Kuril Grya. In addition to the coastal missile systems (DBK) Bastion, the country will deploy air defense and electronic warfare systems, RIA Novosti reports citing an informed source.

deploy air defense systems, as well as various electronic warfare equipment, “- said the source. He also added that the convenient location of the island in the center of the Kuril Islands “makes it possible to control and cover the key ocean area in the Far East for Russia.”

Earlier, the Kremlin explained the deployment of Bastion in the Kuriles. Press Secretary of the Russian President Dmitry Peskov said that Russia is free to place military facilities on its territory that it considers appropriate. “This is our sovereign right, this is the right of any state,” he stressed.

Journalist Alexander Kots noted that the deployment of the BRK “Bastion” in the Kuril Islands became possible after the solution of the water supply problem. “Apparently, they have solved this Japanese riddle,” he suggested.

On December 2, crews of the Bastion missile complex took over on duty in the Kuriles for the first time. They are capable of hitting sea targets at a range of 350 kilometers with cruise missiles and at a range of 450 kilometers on land.