Kommersant: the transport strategy until 2035 will restrict Russians from using their cars 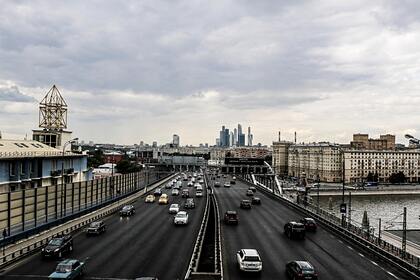 decided to restrict the use of private cars for the sake of public transport. Kommersant writes about this with a link to the corresponding message on the government's website.

Such measures are aimed at ensuring that car owners do less harm to the environment. The plan proposes to minimize the use of vehicles with environmentally friendly engines, establish “digital control” for road noise and increase the number of gas stations for electric vehicles more than a thousand times. Citizens who, in such conditions, will remain loyal to their cars, will be offered “joint use of vehicles” with other Russians, Kommersant writes.

The document also includes long-term plans for the development of road, rail, water, air and other types of transport for the next 15 years. It is planned to spend 60 trillion rubles for these purposes.

60 trillion rubles is supposed to be spent on the implementation of Russia's transport strategy. Strategy details

As the newspaper writes, the authors of the strategy pointed to the need to reduce emissions into the atmosphere. They note, in particular, that 61 percent of the pollutants emitted by transport are from motor vehicles. At the same time, it is impossible to solve the problem by renewing the park, since 82 percent of all harmful emissions appear due to the erasure of the road surface and the “components” of the car.

Materials on the topic00: 01 – February 9 Almost for nothing, the West and China are handing out money to buy electric vehicles. Should Russians expect the same? 00:01 – August 16

Point of no return. A global climate catastrophe was recognized as inevitable. What can humanity do to save?

For this reason, the government proposes to limit the use of private cars, transferring their owners to public transport. This option, the strategy says, is “no alternative”.

The authors of the document consider the phased establishment of restrictions on the use of vehicles of “low ecological classes” as one of the scenarios. This is supposed to be done, among other things, through the creation of special ecological zones, where it is forbidden to enter cars with non-environmentally friendly engines.

To combat noise from transport, the authors of the initiative propose to limit the speed limit inside residential areas, install noise screens, and implement “digital noise control techniques.”

In addition, the government intends to build a network of filling stations for electric vehicles in Russia. According to preliminary estimates, about 250 thousand stations are needed for the European part of Russia.

They are going to develop a road network in cities, outside of them – to eliminate “bottlenecks” on current roads, as well as build new detours.

In US cities, 30-35 percent of the built-up area is allocated for roads or streets, in Europe – about 25 percent. Russian cities, even the most developed ones, are balancing at around 10 percent. Therefore, the introduction of restrictions on the use of cars is inevitable. It is also necessary to think about regulating the size of the vehicle fleet, as is done in Singapore, Japan

Mikhail Blinking Head of the Public Council of the Ministry of Transport p> As part of the transport strategy, it is also assumed that more than 80 percent of passengers in road, rail and air transport in Russia will have to provide their biometric data for travel.

This will increase the level of comfort and safety of passengers. It is also expected that by 2035, 30 percent of public transport will become unmanned in the 20 largest cities in Russia. At the same time, the share of unmanned cargo transportation along the main highways will increase to 50 percent.

There were also ideas about the appearance of free public transport by 2035. However, they refused to include the initiative in the new version of the document.