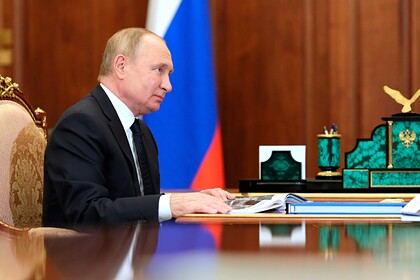 Russian President Vladimir Putin held a telephone conversation with the South African President Cyril Ramaphosa. As part of the talks, the leaders discussed the fight against the coronavirus. This was reported on the website of the Kremlin press service.

“The heads of state agreed to join forces in the fight against the coronavirus pandemic, especially in light of the detection of a new omicron strain,” the press service said. In addition, Putin and Ramaphosa discussed preparations for the Russia-Africa summit, joint work within the BRICS and trade and economic cooperation.

Earlier it became known that 25 domestic tourists who arrived from South Africa on December 3 were quarantined. Even those who had preliminary negative results of PCR tests and those who were vaccinated with Sputnik V were sent under observation.