The head of the DPR Pushilin: about 350 thousand residents of the republic have already received Russian citizenship 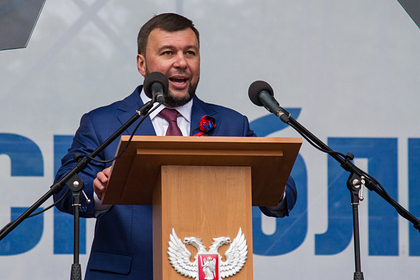 The head of the self-proclaimed Donetsk People's Republic (DPR) Denis Russian citizens among its inhabitants on the air of the YouTube channel “Soloviev Live”.

According to him, about 2.3 million people currently live in the Donetsk People's Republic. Of these, about 350 thousand residents have already received Russian citizenship under a simplified scheme. At the same time, he added that due to the coronavirus, the process of obtaining Russian passports has slowed down.

In the same conversation, Denis Pushilin called on Ukrainian President Volodymyr Zelensky to start negotiations on the “neighborhood.” He stressed that we are no longer talking about one state. According to him, although with the election of Zelensky as president, there was little hope that he would negotiate with the DPR and LPR, it was clear that the United States would not let him do this.