Deputy Head of the OP Commission on Media Alexander Malkevich: the TOR hydra needs to be defeated 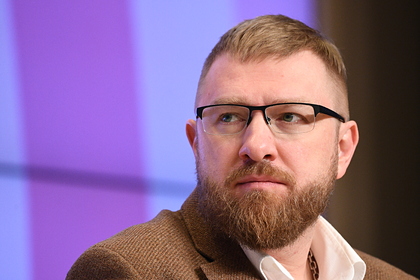 TOR has been blocked in Russia. This is reported by the OONI Explorer resource. Network blocking researcher ValdikSS confirms blocking on the networks of the largest providers and mobile operators, noting that “all or almost all IP addresses of known nodes, including some bridges, are unavailable.

The fact that the TOR hydra needs to be defeated does not raise doubts among any reasonable person, says Alexander Malkevich, First Deputy Chairman of the Commission for the Development of the Information Society, Mass Media and Mass Communications of the Public Chamber of Russia. In his opinion, the issue is that this problem itself has been hushed up for too long. “Moreover, according to the data that we have in the Public Chamber, for many years there was a conscious resistance to the control of cyberspace. We see how public pressure is going now. We are told that blocking a VPN is an attempt to restrict freedom of speech, freedom of opinion. That is, there is a substitution of concepts. There is a report by the Public Chamber that I am preparing called “Threats to Civil Society.” One such threat is Darknet. We are submitting materials to the Ministry of Digital Science and the State Duma. And one after another, the state is beginning to consistently root out these threats, ”a public figure commented to Lenta.ru on the news of the blocking of TOR.

“There was, for example, the threat of uncontrolled social networks and their boorish attitude towards users – now the law on the landing of foreign social media is in force. The Darknet threat has appeared – it is now being fought. The only problem is that we do not have enough strength and resources at once, to go through all the threats at once. We have to uproot them one by one. “The road will be mastered by the walking one.” There are examples of how in many states similar laws work quite successfully, and no one is hooligan there. And all this is perceived by society as completely normal. If it were not for the covid restrictions, then in the summer of this year we would have proposed in the international arena to synchronize all existing similar laws, ”says Alexander Malkevich.

According to the first deputy chairman of the Commission for the Development of the Information Society, Mass Media and Mass Communications of the Public Chamber, all these threats in cyberspace, which we are talking about, are identical for all countries of the world. “By synchronizing the legislation, we would not have given the opportunity to all this public to run somewhere, run and the problems would be quickly resolved. The people who made money on the Darknet are now investing in shaping public opinion, working with its leaders. Moreover, most of them are generally anonymous – we do not know who they are. By the way, the fight against anonymity on the Internet is another very important threat. What are anonymous? This is defamation, bullying, death threats. This will also need to be put in order, “Alexander Malkevich is sure.

Earlier, Roskomnadzor reported that it is planned to block six more VPN services in Russia. “A request has been sent to the departments with a request to inform the Center for Monitoring and Control of the Public Communications Network (CMU SSOP) about the use of VPN services (Betternet, Lantern, X-VPN, Cloudflare WARP, Tachyon VPN, PrivateTunnel) to ensure the work of technological processes of enterprises and organizations.” , – said in Roskomnadzor.

The use of blocking bypass services leads to the preservation of access to prohibited information and resources, noted in Roskomnadzor, which in turn creates conditions for illegal activities, including those related to the distribution of drugs, child pornography, extremism and suicidal tendencies. In June, Roskomnadzor restricted access to two popular VPN services, VyprVPN and Opera VPN. In September 2021, Roskomnadzor decided to block VPN services that violate Russian law – Hola! VPN, ExpressVPN, KeepSolid VPN Unlimited, Nord VPN, Speedify VPN, IPVanish VPN.

The Public Chamber of Russia also noted that the use of VPN and anonymizers not only does not guarantee anonymity, but also with a high probability can lead to the leakage of the user's personal data. This data is sold on the Darknet, and then used in criminal activities.

In 2017, Russia passed a law calling the owners of VPN services, anonymizers and other similar tools (including TOR ) connect to the Federal State Information System (FSIS) of Roskomnadzor, which contains data on prohibited sites, and block access to them. If it refuses to comply with such requirements, Roskomnadzor must restrict access to them.