Former Prosecutor Trepak: Former President Poroshenko may be presented with a new suspicion 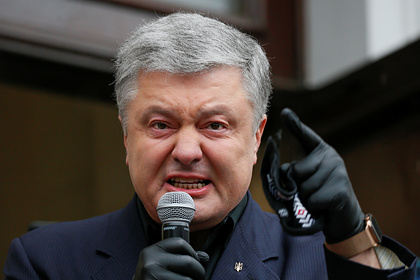 Former Deputy Prosecutor General of Ukraine Viktor Trepak said In the near future, the office of the Prosecutor General may bring suspicion to ex-President Petro Poroshenko of trading coal with the Luhansk and Donetsk People's Republics (DPR and LPR). The lawyer wrote about this on his Facebook page.

According to Trepak, the Ukrainian prosecutor's office, as part of the investigation into the case of politician Viktor Medvedchuk, reported that Poroshenko was supplying coal from the DPR and LPR to Ukraine. Trepak noted that Medvedchuk and ex-Minister of Energy of Ukraine Volodymyr Demchishin are being investigated in the same case.

On December 1, former Ukrainian President Petro Poroshenko called on the West to urgently introduce new sanctions against Russia. According to him, “the price of aggression for [Russian President Vladimir] Putin must become exorbitant and unbearable.”