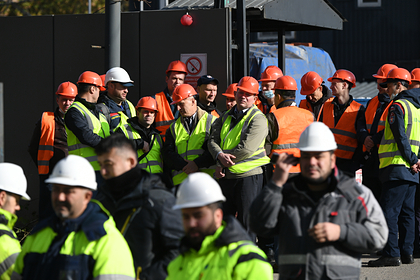 Russia for more than 90 days, restrictions on compulsory photography are introduced. The corresponding rules were announced in the Ministry of Internal Affairs of the Russian Federation, writes TASS.

So, migrants will not be allowed to take pictures in colored lenses, glasses with tinted glasses. “The frames of glasses should not cover their eyes,” the document says.

Foreigners in Russia will also not be able to take a photo in uniforms and outerwear, in scarves or other items that cover part of the chin. At the same time, foreign citizens will be allowed to take pictures, whose religious convictions do not allow showing them in front of strangers without a headdress. However, it is necessary that it does not hide the oval of the face, it should be in focus from the tip of the chin to the hairline and from the nose to the ears.

In addition, foreign nationals cannot edit the photo to improve the appearance of the depicted foreign citizen or his artistic processing.

Earlier it was reported that the Ministry of Internal Affairs has developed a bill according to which migrants entering the territory of Russia will be fingerprinted. They want to take such measures in relation to those who plan to acquire Russian citizenship or stay in the country for more than 90 days.