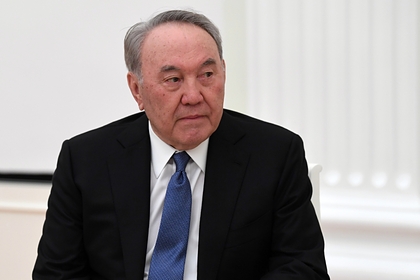 Former President of Kazakhstan Nursultan Nazarbayev In 2014, she refused to recognize Crimea as Russian. Otherwise, it would be necessary to recognize the rights of South Ossetia, Abkhazia and Kosovo, the politician said in the film “Qazaq. History of The Golden Man “, based on his interview with American Oliver Stone, TASS reports.

Nazarbayev in one of the episodes emphasized that seven years ago side. “All this arose due to the coup that happened in Kiev,” the first president of the republic explained.

The politician admitted that he was very worried about the events in Ukraine, since he studied there at one time.

Earlier, Nazarbayev called on the citizens of Kazakhstan to rally around the state course of the head of the republic, Kassym-Zhomart Tokayev. He noted that under the leadership of Tokayev, a complex of political and socio-economic reforms is being implemented in the country. The ex-president called on the MPs to continue working towards legislative support of these changes.