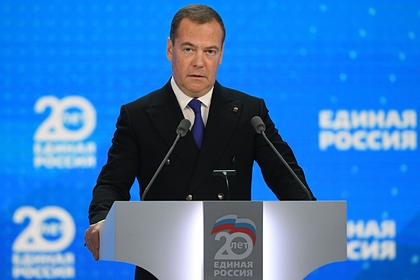 At the United Russia congress, Deputy Chairman of the Security Council of the Russian Federation Dmitry Medvedev re-elected as party chairman. TASS writes about this.

“We are obliged to continue working with everyone who contacted us. We will try to help every person regardless of his political convictions, ”the ex-president of Russia said during his speech. Boris Gryzlov, the plenipotentiary of the President of Russia for the settlement in Ukraine, was re-elected as the Chairman of the Supreme Council of the party.

Also, speaking at the party congress, Medvedev reported that Russia managed to avoid super-grave consequences during the COVID-19 pandemic. He noted that for the past two years, Russia and the whole world have been living in a new reality of a pandemic, which “dramatically changed the whole usual life, the whole environment.”