Erdogan signed a decree, according to which the new export brand of the country will be the term Türkiye 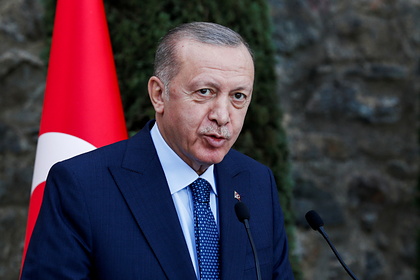 Turkey's new export brand, which aims to increase the recognition of the country's products around the world will become Türkiye. The corresponding decree on renaming the export brand has already been signed by Turkish leader Recep Tayyip Erdogan. Prime Agency publishes the text of the document posted in the official edition of Resmi Gazete.

From now on, Turkish products will be presented under the single brand Made in Türkiye instead of Made in Turkey. We intend to use this term in correspondence with foreign partner countries.

The name Made in Türkiye deeper reflects the culture and values ​​of the people of Turkey, the document explains. With the advent of the innovation, the translation from English as “turkey” will become incorrect.

In early December, the Turkish president replaced the country's finance minister against the backdrop of a fall in the Turkish lira exchange rate. According to a document published in Resmi Gazeta, Nureddin Nebati was appointed to the post instead of Lutfi Elvan. Previously, he served as deputy head of the Ministry of Finance.